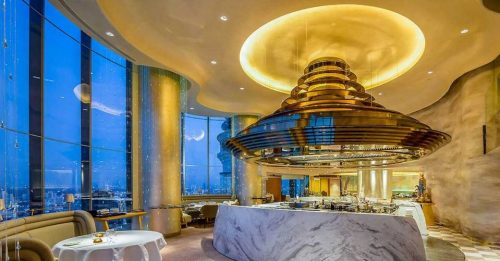 To honour the 120-year legacy of the ultimate in culinary accolades, we are pleased to announce the Michelin Guide Thailand 2021 selections at the Four Seasons Hotel Bangkok at Chao Phraya River.

While recognising the challenging times restaurateurs and chefs nationwide are facing, Michelin Guide Thailand continues to grant these well-deserved honours, including three new distinctions that will be revealed at the morning press conference. We look forward to supporting, promoting, and publicising Thailand’s world-class culinary scene from established icons to hidden talents. The celebrations will continue into the night with an evening banquet for distinguished guests designed by gastronomic masters of the industry.

In the latest guide, Michelin promotes just one restaurant to the two-star level. Chef’s Table, a French fine dining restaurant, gets two stars after debuting in the guide with one star last year. All five of the other restaurants in the category maintained their two-star status from 2020.

Lebua hotel Bangkok, the ultimate luxury vertical destination, is now the only hotel in the world with 4 Michelin stars; two restaurants with each 2 stars. Lebua received as well the 1st Michelin Service Award.

There’s only slightly more movement in the one-star category, with just three restaurants added to the list. Two are in the guide for the very first time: Blue by Alain Ducasse (another French pick) and Cadence by Dan Bark, not French, but the naming convention alone would appear to make it Michelin bait (see the list below).

Omakase restaurant Sushi Masato, the third new entrant, gets one Michelin star, promoted from its spot in the Michelin Plate category, which features “eateries providing a good meal, capably prepared with fresh ingredients and good cooking.” The 19 other restaurants with one Michelin star retained their status from last year, but Phuket restaurant PRU also gets Michelin’s new Green Star for its efforts to minimize its carbon footprint, chemical use, and food waste. A new “young chef” award goes to Sujira “Aom” Pongmorn, the chef of one-star restaurant Saawaan, while a the guide’s new service award goes to Guillaume Barray, the general manager of new two-star restaurant Chef’s Table.

Michelin’s 2021 guide to Thailand also includes 106 Bib Gourmand selections, including 17 new and four promoted from the Michelin Plate category, and 165 Michelin Plates, with 32 of those appearing in the guide for the first time. See below for the full list of Thailand’s Michelin stars.

The Michelin Guide Thailand Editorial Team comprises of local and international writers specialising in journalism, travel and lifestyle writing bringing you content in both Thai and English.